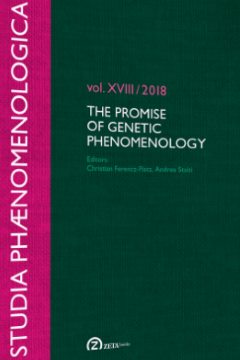 The purpose of this enquiry is to lay out the core features of Garelli’s conception of the world as a “pre-individual field,” as they emerge from his confrontation with Heidegger’s thought. In the first part, I am exploring Garelli’s interpretation of the “poetical expression” and the consequences he draws from it with regard to the process of “worlding” (Verweltlichung). Then, I am restating his criticism with regard to the concept of the world Heidegger developed within the framework of “fundamental ontology” and show why, on Garelli’s account, an understanding of the world as an “existential structure of Dasein” fails to grasp its proper meaning. In the final part, I expose Garelli’s objections to Heidegger’s later understanding of the world as “Fourfold” (Geviert) and underline the dependency of this conception on a set of assumptions which perpetuate the theoretical privilege of individual being.