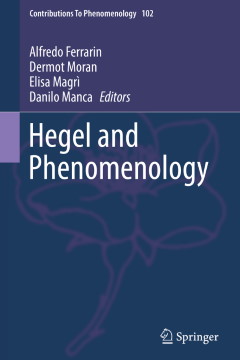 a reading of the crisis of European sciences and related manuscripts

In this paper I trace the revival of Hegel in France and Germany in the early twentieth century and point especially to the crucial role of phenomenology (both Husserl and Heidegger, as well as their students, e.g. Fink, Landgrebe and Marcuse) in incorporating Hegel into their mature transcendental philosophy. Indeed, Martin Heidegger was responsible for a significant revival of Hegel studies at the University of Freiburg, following his arrival there in 1928 as the successor to Husserl. Similarly, Husserl's student, Fink characterised Husserl's phenomenology in explicitly Hegelian terms as "the self-comprehension of the Absolute". The late Husserl seems to embrace the Hegelian vision when he presents his approach in the Crisis itself as a "teleological historical reflection".