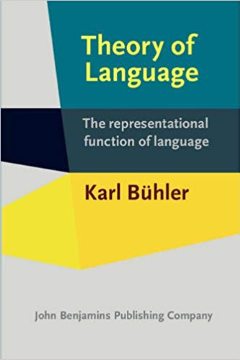 The representational function of language

Karl Bühler (1879–1963) was one of the leading theoreticians of language of the twentieth century. Although primarily a psychologist, Bühler devoted much of his attention to the study of language and language theory. His masterwork Sprachtheorie (1934) quickly gained recognition in the fields of linguistics, semiotics, the philosophy of language and the psychology of language. This new edition of the English translation of Bühler’s theory begins with a survey on ‘Bühler’s legacy’ for modern linguistics (Werner Abraham), followed by theTheory of Language, and finally with a special ‘Postscript: Twenty-five Years Later …’ (Achim Eschbach). Bühler’s theory is divided into four parts. Part I discusses the four axioms or principles of language research, the most famous of which is the first, the organon model, the base of Bühler's instrumental view of language. Part II treats the role of indexicality in language and discusses deixis as one determinant of speech. Part III examines the symbolic field, dealing with context, onomatopoeia and the function of case. Part IV deals with the elements of language and their organization (syllabification, the definition of the word, metaphor, anaphora, etc).

Is this table of contents incomplete? Click here to add the missing references 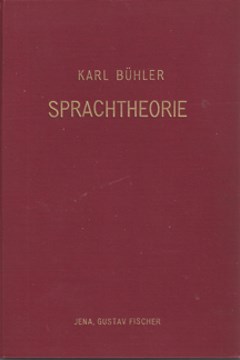