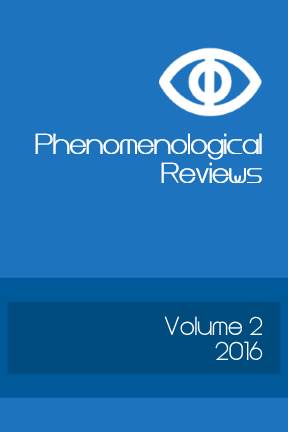 1In her 'Doing Time', Lee Carruthers provides a clear and accessible discussion that will be relevant to a range of readers: philosophers of time who are interested in a novel account of temporality and temporal experience as it is represented in film; philosophers of film looking for a fresh approach to the topic, in this case a comprehensive exploration of a hermeneutic approach to how we understand filmic texts; and those engaged in Film Studies and film theory who enjoy a fillip of philosophy in their reading. It is a work grounded in hermeneutics and phenomenology, and while philosophers working in the Analytic tradition may find the book interesting and informative, it is not intended for this readership.

2Carruthers’ aim throughout this book is offer us a deeper understanding of how we ‘live’ in and through time, via her interpretation of a selection of relevant films. Her approach to this task, a kind of philosophical, phenomenological hermeneutics, is, as she puts it: ‘…a way of being thoughtful about our contact with cinema’s temporal forms, and the time we take to interpret them’ (14). The hermeneutical approach she adopts is informed by the work of Paul Ricoeur, who in turn draws from the works of Heidegger and Gadamer (15). Her discussions of temporality and film are also influenced by the work of André Bazin and Maurice Merleau-Ponty (17-32 passim.).

3The work of Gilles Deleuze, often associated with the analysis of film, is explicitly excluded from her discussion (7). Unlike Deleuze, Carruthers does not use the films she analyses in this book as a means of articulating concepts, her aim is the articulation of temporal experiences, her focus is on how we ‘do’ time in films, on how a viewing a film can be a means of living in, and through, different experiences of time.

4Throughout her discussion Carruthers emphasises the word ‘timeliness’ (16), linking the word to Heidegger’s 'Dasein' and identifying it as particularly relevant to her hermeneutics of cinematic time (11, 16). ‘Timeliness’ has connotations of activity; it captures her view that in films time is ‘actively mediated by films and viewers’ (16). She also emphasises the importance of the Heideggerian idea of the ‘immersiveness of lived experience’, the sense that we are engaged in interpreting our experiences of time in a dynamic way as time unfolds around and within us. Put simply, watching a film and being immersed in a film is taken to be an exemplary ‘experience of temporal duration’ (13). Carruthers adopts the Heideggerian idea that understanding occurs ‘within this situation’ of immersiveness rather than being abstracted from it, or (as we saw in the reference to Deleuze, above) conceptualised (15).

5This ‘understanding’, based on our immersion in the temporality of a film, allows Carruthers to demonstrate that films are relevant to studies of how we are affected by time more generally. She argues that by manipulating the temporal aspects of the films we view, we are able to add to our understanding of the relationship between our perception of time and our lived temporal experience, a relationship that we subjectively experience as viewers.

6Her Heidegger-Gadamer informed hermeneutics privileges understanding above all else. For Gadamer, ‘Hermeneutics turns out to be universal, not merely in regard to knowledge…but to all understanding and, indeed, to philosophy itself’ (Malpas, 2016), and Carruthers also seems to be making the connection here between the universality of time and temporal experience, and the universality of hermeneutics. However, as she notes, ‘Doing Time’ aims to better understand the importance of time in film, but the understanding of film thus gained is not itself fixed in time but remains revisable in the future (15). Cinema ‘…allows us to see the world anew...' but in a contrived way (18-19), a way that is not necessarily like any real world event we can experience. A film can manipulate the ‘clock time’ within a movie and thus our subjective experience of the time as it is represented within the film (17), but not, of course, the time in which we are viewing the movie. As I see it, this process of reflecting on the understanding we gain after our immersion in a film seems to be somewhat analogous to working through a philosophical thought experiment, or doing ‘armchair philosophy’. Carruthers argues that looking at film is the ‘best’ way of experiencing time; in doing so we are getting to ‘know temporality better’ (16-17). So, filmic time may not be like our lived experience of time, but perhaps it’s better, for we can go back into that constructed filmic world, relive it and analyse it in a way we cannot do in real life. However, it’s not so clear how the information we glean from this kind of analysis can be generalised (or tested).

7'Doing Time' is interesting in the context of recent work that explains our lived experiences of time in terms of it being projected and constructed by our mind, rather than simply a direct response to physical properties of time. We are passive perceivers of (some of) the temporal aspects of a film, its formal, objective properties, but we are also constructors of our subjective temporal experience of the films Carruthers discusses, with some of this construction and projection presumably happening below the level of consciousness. However, as Carruthers does not develop this line of enquiry, I will simply note this book’s relevance to current work in this area.

8Having set out her main aim in writing this book, and explained her influences and her methodology, Carruthers offers four case studies to demonstrate different ways in which we can be immersed in ‘filmic time’ and the interpretations that can be drawn about time and temporal experience from each study. In each case this involves interpreting the narrative of the film and understanding the temporal aspects of this narrative, subjectively, as we view it; as well as experiencing its affective influences: how the objective temporal forms within the film makes us feel and think about time.

9The first case study is centred on Steven Soderbergh’s 'The Limey' (1999). Carruthers uses this film as a means of foregrounding our ability (or otherwise) to see ‘elements of the past’ as features (‘aspects’) of our present situation and as ‘determining factors’ of the future (39). The film moves back and forth between scenes which are set in earlier or later times and places and not ordered in temporal sequence, nor are visual cues or conventions used to make the temporal order clear. The viewer is faced with the task of discerning a linear order and narrative from a series of repetitions in the film that form a pattern for the astute viewer to latch onto (45). The work of temporally ordering these temporally diverse scenes brings to the fore our capacity to see the shadows of the past in the present, and (more controversially) as determining the (our?) future. Yet in the end Carruthers argues that this insight is less important than 'The Limey's' other contribution to our understanding of time. This contribution is the idea that the past events of our lives inform the present but they do this because the past occurs ‘through us’ and this ‘…is an aspect of the present that we so often fail to see…’(56). Put simply, we are not always in control of our current beliefs about the past, nor can we always control how (or if) we remember past events.

10The second case study is Francois Ozon’s '5x2', (2004), a study of time reversal. The focus is squarely on the past and present: the future is not part of our experience, within the film. The reversed temporal order of scenes and events in '5x2' allows the viewer to become aware of the work we need to do to make sense of a narrative that begins in the present and works its way backwards, a time order that is strange and unfamiliar to us (83). In doing this work we are forced to notice time. Interestingly, while we are explicitly noticing time because it is so unfamiliarly ordered, and it feels so strange, we still feel the normal emotional responses to the events and situations portrayed by actors within a scene (72, 84), even while we strive to work out where that scene fits in the overall temporal order of the film. This, I think, is the key point made in this case study — our normal emotional responses are not affected by our immersion in a strange and unfamiliar temporal experience where the past, present and future are presented in unfamiliar ways (84).

11The third case study, Tsai Ming-liang’s 'What Time Is It There?' (2001) focuses on our experience of duration. Using the method of 'slow cinema', objective time is ‘bracketed’ so that time has no direct role in explaining and understanding the world within the film. We, the audience, are invited to focus on the different ways in which time is represented within the film and are meant to discern what these different representations of time might explain about the role of time in the internal narrative and in the ‘world’ portrayed in the film itself (86). In fact, while clocks and watches are described and used numerously and obsessively throughout the film they ultimately seem to serve no real purpose within the film’s internal world (95-97). It is the viewer who, having privileged information divulged in the film but unknown to the film’s protagonists, is invited to seek and find meaningful correlations between the slow moving representations of time portrayed within the film, and the film’s narrative (98-99). The message of the film seems to be that in our own lives our perspective on time and our grip on time are very limited, just as it is for the characters of the film (113), who despite attempting to keep, own and control time in the form of timepieces (clocks, watches), inevitably find any control over time eludes them.

12The final case study is based on Terrence Malick’s 'The Tree of Life' (2011). This film uses a technique described as a ‘montage system’ (127-129), where images, shots and footage are cropped, juxtaposed, cut abruptly, and importantly, subject to ‘chronological rupture’ (131) defined as a chaotic temporal ordering.

13Time, in this film, proceeds holistically rather than incrementally (132). In order to convey what this means, and to bring out what is of particular interest in this film, an analogy is drawn between time and music: the artistic techniques used in the film present temporal experience as ‘…a shared flow of sensation that shows us temporal experience as something embracing — something that surrounds us like music, or carries us forwards in its dance’ (134).

14In summary, 'Doing Time' offers a well-researched and penetrating discussion, developed within a Continental philosophy framework, but with something to offer curious Analytic philosophers and other academics (and an interested general readership). Phenomenological hermeneutics is revealed to be an appropriate and interesting way to approach the analysis of film. The book focuses on time and temporality in film, but the theme and discussion of ‘timeliness’ is the real focus here and it yields interesting ways of interpreting filmic texts that resist any final reading, they remain open and up for new interpretations and revisions. It outlines a number of interesting ideas and directions that could be taken up and developed in the future. The book is very accessible, and provides interesting examples that may be of use to philosophers and other writers interested in time and temporal experience. There are many more positives that space does not allow me to set out in detail here, and I heartily recommend this book.