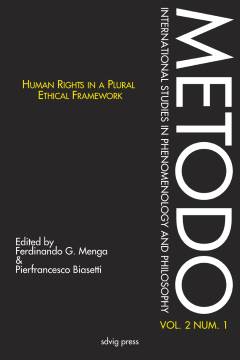 This essay claims that a rupture between two languages permeates human rights discourse in contemporary Anglo-American legal thought. Human rights law is no exception. The one language is written in the sense that a signifying relation inscribed by institutional authors represents concepts. Theories of law have shared such a preoccupation with concepts. Legal rules, doctrines, principles, rights and duties exemplify legal concepts. One is mindful of the dominant tradition of Anglo-American conceptual jurisprudence in this regard. Words have been thought to copy ready-made concepts. Acts of intellectualisation and the accompanying analytic technique have excluded a consideration of a very different sense of legal language. The second sense of a language concentrates upon unwritten acts of meaning which lack a discrete and assignable author. This essay aims to unconceal the importance of an unauthored language. Drawing from Edmund Husserl’s early writings, particularly his Logical Investigations, I shall argue that an unwritten language embodies the written language with acts of meaning. An act of meaning confers one’s experiential body into the content of a concept signified in a written language. In order to understand the importance of such pre-legal acts of meaning in human rights laws, I begin by outlining how universal human rights have been signified as universal by virtue of their content-independence. I then raise the problem of the exclusion of social-cultural phenomena as elements of human rights laws. The clue to this exclusionary character of human rights law rests in the analytic leap from an unwritten to a written legal language. The essay then addresses the effort to link legality with the social world: namely, the effort of grounding legality in a social convention. I examine how a social convention itself is conceptualized, leaving the remainder of acts of meaning. This failure of social conventions to access social-cultural phenomena encourages me to turn to acts of meaning as such acts were understood by Edmund Husserl in his earlier works. Meaning-constituting acts exist prior to intuitions and prior to social conventions. This priority exists analytically as well as phenomenologically. In order to exemplify this prior character of acts of meaning, I retrieve Antigone’s experiential knowledge in Sophocles’ Antigone. Antigone’s unwritten laws are characterized by an absence of mediating concepts. I then identify several elements of an act of meaning in an unwritten language: the experiential body as the source of the acts of meaning, praeiudicia (prejudgements), collective memories, the act character of meaning, and the act of interpretation of social behaviour. My final section raises the prospect of whether human rights can be considered universal if acts of meaning are that important in the identity of a law.